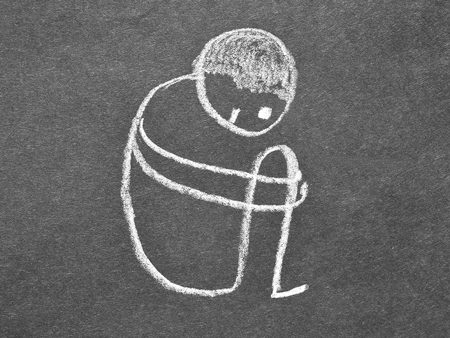 Methamphetamine is a highly addictive drug that can induce addiction within just a few uses.

Similar in chemical composition to amphetamine, meth is a stimulant that provides the user with euphoric-like rush, feelings of grandiosity, and sleeplessness that can last as long as twelve hours following a dose. This high is then followed by an intense crash.

General symptoms of meth withdrawal may include:

While withdrawal from meth does not induce flu-like symptoms as with heroin and other opiates, the initial stages of detox are extremely difficult and often best handled with the help of a doctor at a rehabilitation center.

Once a person has become dependent on meth, stopping use will cause withdrawal symptoms that can last anywhere from ten days to several years. How long a person uses meth and how much of the drug was being used will affect how severe and long the withdrawal will last.

Withdrawal from meth, like other drugs, is severely uncomfortable and is a reason many users stay trapped in the cycle of using. Symptoms may begin in as early as 24 hours following the last dose. Once meth is detoxed from the body, recovery can begin.

How long a person has used meth and their method of use affects the intervals of withdrawal symptoms. Heavy, long-term use can affect a person for up to two years after quitting.

Inside the brain:
Meth supplies the brain with increased levels of dopamine, a natural chemical that floods the brain with feelings of pleasure and reward. While increasing dopamine, meth suppresses adrenaline, a combination that causes the user to feel a euphoric rush, a heightened sense of productivity, and an increased sex-drive.

In people who have regularly used meth over an extended period of time, the likelihood of damaged dopamine receptors in the brain is high. With repeated meth use, the brain becomes reliant on the drug as a supply of dopamine. With the cessation of meth comes the cessation of pleasure. This loss of pleasure is painful.

Long term use of meth can cause a decrease in the number of dopamine receptors, which causes a barrier in a person’s ability to feel pleasure. In some cases, a person develops anhedonia, a mood disorder that inhibits the feeling of pleasure usually found in activities such as exercise, singing, social interactions, and sexual intimacy.

Anhedonia is a core symptom of Major Depressive Disorder and can last for as long as two years following cessation of meth. Anhedonia is often linked with depression and leads many people to relapse, as a way of relieving emotional distress. If anhedonia is suspected, medical and/or therapeutic treatment is encouraged in order to aid a person in recovery.

Signs and symptoms of anhedonia include:

Because of conditions such as anhedonia and depression following the cessation of meth use, psychological dependence is high with long-term meth users.

Meth use causes a suppression in both appetite and need for sleep. When a person quits using meth, an increased need for both food and sleep are the most common symptoms of withdrawal. This increase can lead to rapid weight gain and severe fatigue for up to a month; by then, metabolism and sleeping patterns should be leveled out.

The timeline recovery from meth is broken into three phases: the crash; the cravings; the recovery. Depending on frequency and span of time used, withdrawal can last for up to 40 weeks.

While death from meth withdrawal is highly unlikely, suffering the psychological and physical withdrawal of meth is an extreme experience. Institutional detoxification for meth is not imperative. Detoxing from home is an option, though it is wise to not detox alone.

Recovery from meth addiction is a slow process, but highly valuable. Valley Recovery Center of California offers professional, on-site staff to help aid in the detoxification process and offers treatment that attends to the mind, body, and spirit of individuals with meth addiction.

After the initial detoxification, a further plan for recovery is critical for the longevity of sobriety for the user. Engaging in recovery is a major step for people who have struggled with meth addiction. They should know that taking steps toward recovery is a major psychological stepping stone. Recovery is possible.

For more information about programs offered at Valley Recovery Center, please call us today at (888) 989-9690.
PrevNext