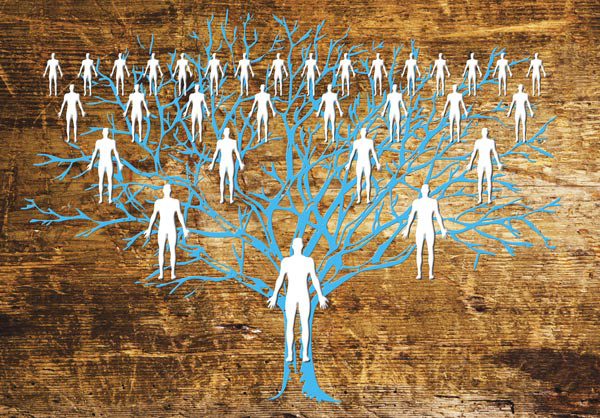 Substance abuse often shows up in multiple generations of a family tree. Frequently, misuse of alcohol, prescription meds, or illicit substances has been taking place within a family for a long time before the current generation ever indulged in them.

There has been some debate as to whether addiction is a genetic disease or results from learned behavior. The National Institute on Drug Abuse points to three indicators in early family life that are predictive of a child later developing an addiction:

1. The parents or caregivers are not overly attached to the child.
2. Parenting is either poor in quality, inconsistent, or potentially does not happen at all.
3. One or more caregivers use substances.

These factors seem to point to a combination of genetic and environmental factors influencing a person’s tendencies toward substance abuse. One can see how, if a person had a parent who was actively engaged in substance abuse, they might then grow up to become a parent who struggles with addiction themselves, thus perpetuating this cycle.

Not only can a person’s genes and their parents’ behavior impact their likelihood of developing an addiction, but if their family of origin involves substance abuse, they may also find themselves forced into one of the roles that define a dysfunctional family, roles that may influence their adult decisions around substance use:

In the past, the term “addictive personality” was commonly used to describe people who seemed more likely to develop addictions. While it is true that a person who has already experienced one addiction can more easily form addictions to other things, it is also important to note that there is not one single personality trait or type that is definitively linked to substance abuse.

While having any one attribute in not predictive of a person’s risk for addiction, there are some traits that are more often seen in people who develop substance use disorder. These include:

Ultimately, substance abuse is a multi-faceted problem. Numerous underlying factors can influence a person’s likelihood to become addicted. That is why, at Valley Recovery Center in California, we practice a whole-person approach to treatment, and we enthusiastically welcome loved ones to participate in the rehabilitation process.