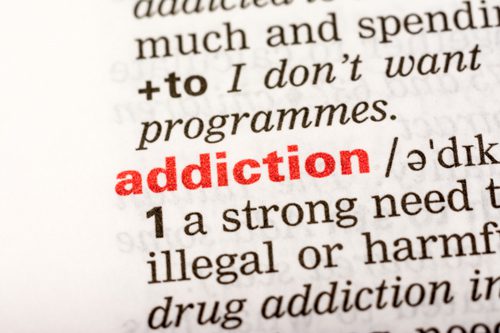 In the beginning, some twelve thousand years ago, people used mind-altering substances in an attempt to connect more intimately with the spirit world.

Like trance dance and fasting, substance has been used since ancient times as a method to break through the barrier of reality so that communication with deceased ancestors could be possible.

Because substance use had a purpose, addiction was not yet a concept. The quest for an altered state of consciousness can be seen as part of the basic human appetite and has been one of the earliest and deepest yearnings of mankind.

From as far back as ancient times, the longing for a heightened sense of reality was instilled with a sense of purpose and didn’t seem to lead to epidemics of overdosing. In fact, the word addict was coined just over a century ago.

What exactly is addiction?

Addiction is defined as a chronic disease of compulsive drug using despite long and short-term consequences.

While it may not be imperative to know the absolute root of what leads to addiction, for someone dealing with a load of shame and self-doubt, being aware of all possible internal and external factors allows the best chance for success in sobriety.

According to the National Institute for Drug Abuse, leading causes of addiction include:

What is the history of addiction?

Considering the array of factors, what can be concluded about the underlying root of why people become addicted? Is addiction caused by the pharmacological components of a substance, or is it something more?

Ironically enough, Sigmund Freud is thought to have been one of the first cocaine addicts. In letters he wrote to his lover, he would emphatically talk about cocaine. He gushed that cocaine was a miracle drug and would lead him to fortune and fame.

According to the Journal of Studies on Alcohol, alcohol was the first substance to be recognized as habit-forming toward the dawn of the 19th century. The paradigm shifted from alcohol use being perceived as a choice to being understood as a need. In the early 1800s, some Americans began to report that “they experienced overwhelming and irresistible desires for liquor.”

This is not to say that there was an absence of drinking before this time. In fact, liquor was free-flowing and even seen by the Puritans as a good thing: a medicine and a social lubricant. The people who overindulged and were constantly drunk were treated the same as everyone else as long as they could provide for themselves.

Why do people use?

Because of a lack of awareness, many people mistakenly relate moral failure to addiction. But what might lead people to want to alter their states of mind? Perhaps, the draw to using substance has more to do with not feeling one has a life purpose. Without a purpose, what’s to gain from quitting?

This is not to say that substance use doesn’t cause a chemical hijacking of the brain. More precisely, if you have nothing to return to after quitting a substance, why quit? Instead of focusing of abstinence from substance, shouldn’t the focus really be centered on creating a life worth being fully present for?

To take a case in point, consider an experiment of drug addiction described in an article of Psychology Today titled “The Opposite of Addiction is Connection” which focuses on the idea that addiction is not a substance disorder. It’s a social disorder, occurring from a person’s inability to connect meaningfully with other human beings.

In the late 1970s, Canadian Psychologist Bruce Alexander studied addiction by putting rats in empty cages and hooking up two water bottles. One held pure water. The other was laced with heroin.

The results were ubiquitous. The rats chose the heroin-laced water every time, and eventually overdosed. The results concluded that substance was in itself the addicting factor. Yet, this left Alexander unnerved. The problem was, the rats were isolated in cages alone. Outside of heroin, what other stimulation did they have?

Alexander created what is now known as “rat park” which was some 200 times larger than the initial cages and full of wheels, balls, tasty food and, perhaps most important, twenty other rats of both genders. Then, as with the first experiment, he put the two different bottles, one of water, and one laced with heroin. The results? The rats had no interest in the heroin. They were two busy engaging in a community. Playing, fighting, mating.

According to these results, even though, yes, humans aren’t rats, we can at least discern something. Connection is vital. It’s where substance use began, the ancient people yearning for a further connection with the spiritual realm. But there are far more sustainable and healthy ways to create a meaningful life.

For more information about programs offered at Valley Recovery Center, please call us today at (888) 989-9690.