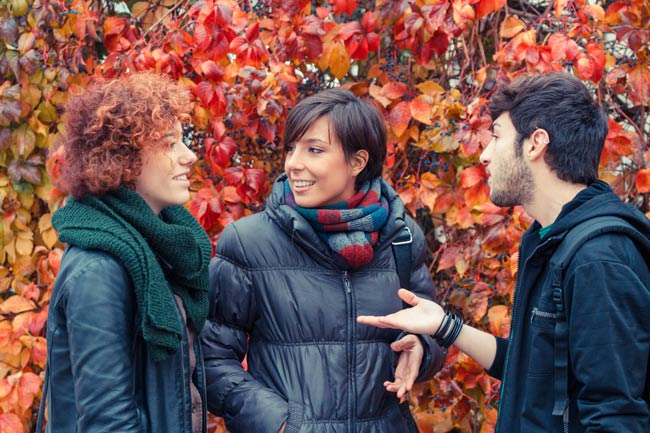 If a person in recovery is utilizing a 12-Step program, sooner or later, they will be tasked with choosing a sponsor. A sponsor is someone who has been in recovery for at least one year and can utilize their experience to support and guide a person who is newer to recovery. Many people are not sure, however, what else to look for in a sponsor.

Understanding the Role of a Sponsor

Alcoholics Anonymous (AA) and Narcotics Anonymous (NA), the best known 12-Step programs, offer guides for selecting sponsors on their websites. The National Association for Christian Recovery website also has an article on this topic called The Art of Sponsorship: Beyond the Basics. The article offers numerous suggestions on what makes a good sponsor, including advice for people who don’t specifically identify as Christians.

A Sponsor Should Have a Solid Knowledge of Recovery
One year in recovery is the minimum, but more is better. A sponsor should be dedicated to their sobriety, as demonstrated by their regular attendance at recovery meetings and understanding of what is involved in living a sober lifestyle. They should know the steps and be actively living a life that follows them. It’s a bonus if they already have experience being a sponsor.

A Sponsor Is Open-Minded
A sponsor can share their experiences and give advice, but they should not expect a sponsee to follow precisely the same path of recovery as they did. They must recognize that every person is different and what each person needs to stay sober may vary. They must be able to offer kindness and respect even when their sponsee does things their own way and refrain from shaming or judgment.

A Sponsor Gives Their Full Attention
When a sponsee is speaking to their sponsor, they need to feel like they are important and being heard. The sponsor needs to hear, not only what their sponsee is saying, but possibly what they are not saying, in order to offer the best possible advice. They should then follow up with clarifying questions to gain and share good insight on the topic at hand.

A Sponsor Should Be Honest and Trustworthy
It should be comfortable to share anything with this person, even things that a sponsee might not feel comfortable sharing at a meeting. The sponsor should give truthful feedback, even when the truth is uncomfortable or even painful. They should also uphold the “anonymous” portion of the AA/NA names by not sharing their sponsee’s private business with other people.

A Sponsor Needs Enough Free Time to Take on a Sponsee
Some people are able to successfully sponsor more than one person at a time. Some are not. It is a good idea to inquire about a potential sponsor’s other obligations, so that it is clear if they are taking on more than they can handle by agreeing to a new sponsee. If someone says they do not have time to take on a sponsee, it is important to respectfully accept their decision.

A Sponsor Validates Your Feelings
When a person is using alcohol or any other drug, they are likely to be cut off from their feelings. Without substances to fall back on as a coping skill, those emotions can often become overwhelming to a newly sober person.

A sponsor should remind their sponsee that there are no wrong feelings and that it is understandable that they will experience a wide range of emotions, sometimes simultaneously. It is only when we react to our emotions in non-productive ways that we create problems for ourselves and a sponsor should reinforce this idea.

A Sponsor Sets Clear Boundaries and Expectations
A sponsor is not a therapist and cannot offer the same support as a therapist would. They are also not necessarily a friend, according to NA’s sponsorship guide. The style of each sponsor/sponsee team may vary from loving and compassionate to detached and objective. Neither is wrong. A sponsee needs to know what their sponsor will be able to offer them and what is expected in return.

It should be made clear from the very beginning, what could cause the sponsor to terminate the sponsorship, such as a relapse, a lack of contact, failure to attend a minimum number of recovery meetings, or lack of progress on the steps or “homework” given by the sponsor.

A Sponsor Should Understand Sponsorship Is Temporary
Sometimes, in spite of a sponsee’s best efforts to select a sponsor with whom they are compatible, it just isn’t a good fit. Other times, the sponsor and sponsee work well together for a time, but the availability of the sponsor or the needs of the sponsee change. This is normal and can be a sign of healthy growth by one or both parties.

Both the sponsor and the sponsee must accept the decision of the other party, if they decide it is time for the relationship to end. When ending a sponsor/sponsee arrangement, it is important to do so in person and in a respectful manner.

A sponsor is not the only one who has certain expectations to meet. It is generally expected that a sponsee will:

If needed, Valley Recovery Center can provide further guidance on this and other topics relevant to success in recovery.

For more information about programs offered at Valley Recovery Center, including our intensive outpatient program in Sacramento, please call us today at (888) 989-9690.
PrevNext