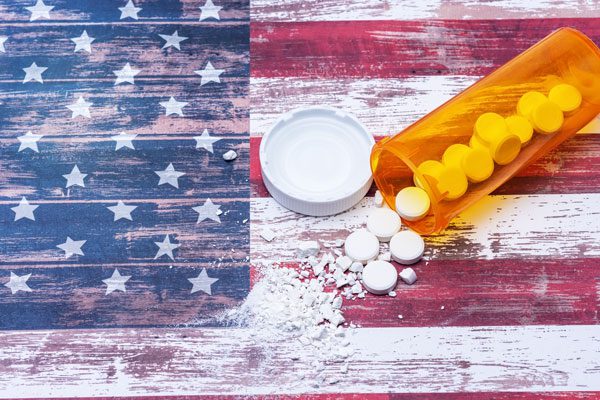 At the time, a government report was issued, stating that our country needs to start treating addiction, “Not as a moral failing, but as a chronic illness that must be treated with skill, urgency and compassion. The way we address this crisis is a test for America.”

By definition, a public health crisis is a problem that impacts our wider society in profound ways, beyond the struggles faced by the individuals living with an issue and their immediate circle of family and friends. Substance abuse meets this criteria, as it creates problems related to the economy, workforce, and healthcare. Addiction has even grown to be such a problem that it is shortening America’s life expectancy for the first time in decades.

The financial losses our country faces from failing to properly address substance abuse each year are substantial. According to the Surgeon General’s report mentioned above, the yearly economic impact of substance misuse is $249 billion for alcohol misuse and $193 billion for illicit drug use.

A person who is incarcerated generally costs taxpayers money and is not allowed to create revenue by working and paying taxes. Around 46 percent of the people in our corrections system in America are there for drug offenses, according to the Federal Bureau of Prisons. This comes out to around 78,000 inmates who are serving time, instead of working and contributing to the tax base. Often, they are not offered treatment while in the penal system, so they are no more educated about their addiction and no further along in their recovery when they leave incarceration than when they first entered.

The National Institute on Drug Abuse reports that treatment can help to reduce the cost of substance abuse to America. “Treatment is also much less expensive than its alternatives, such as incarcerating addicted persons…every dollar invested in addiction treatment programs yields a return of between $4 and $7 in reduced drug-related crime, criminal justice costs, and theft. When savings related to healthcare are included, total savings can exceed costs by a ratio of 12 to 1.”

A person who has undergone treatment generally has more control over potential employers discovering their substance abuse history in a background check, than an individual who has received consequences through the justice system–even if the circumstances are otherwise identical. As a result, a worker is less likely to find their employability impeded if their past substance misuse is treated as a public health issue instead of a criminal matter.

Because treatment has also been found to be more effective in addressing substance abuse than incarceration, a worker is also less likely to suffer from a relapse and to lose their employment if they undergo treatment instead of incarceration. This freedom from disruptions in employment is a benefit to both the employee and employer.

People with substance abuse disorders are less likely to get the help they need than a patient with another condition that impacts similar numbers of people. As the Surgeon General reported, “Few other medical conditions are surrounded by as much shame and misunderstanding as substance use disorders. Historically, our society has treated addiction and misuse of alcohol and drugs as symptoms of moral weakness or as a willful rejection of societal norms, and these problems have been addressed primarily through the criminal justice system. Our health care system has not given the same level of attention to substance use disorders as it has to other health concerns.”

Addiction and resulting health issues are a factor in this decrease in expected life spans among Americans. A CDC report in 2017 found:

By recognizing substance use disorders as a public health crisis, and treating their underlying causes, such as mental illness, poverty, and trauma, we stand to not only gain much on the individual level, but also longer life spans, improved health outcomes, greater economic benefits, and reduced costs for our country as a whole.